You are using an out-of-date browser. For better compatiablity, performance and security, please use a modern browser such as Edge, Chrome or Firefox.

Non-Player Characters is a new comedy by Steve Jordan (The Future Boys, Doctor Who), produced by Bad Bat Productions (http://www.badbat.co.uk). Tom was born a decade too late - he owns a highly curated vintage computer game shop on…

Non-Player Characters is a new comedy by Steve Jordan (The Future Boys, Doctor Who), produced by Bad Bat Productions (http://www.badbat.co.uk).

Tom was born a decade too late - he owns a highly curated vintage computer game shop on the Isle of Wight, while his contemporaries are more interested in starting families and building careers… bloody sad acts. You’ll never complete Super Mario World with that attitude.

The shop is failing, due in no small part to his refusal to stock merchandise that people might actually want to buy, and he is running out of money and sanity. He grudgingly attempts to modernise by copying his best friend, charismatic YouTube vlogger Lara - but discovers there's more to online popularity than aggressively reading tedious facts at camera...

The crisis deepens when a competitor, former computer game developer Alex, announces that he will soon be opening a rival store on the island. He’s even trying to steal Tom’s only employee - Greg, a former bank manager who's nostrils-deep in a midlife crisis.

This island ain’t big enough for the both of them. Only one thing can settle this – a ‘loser leaves town’ fight to the death - in an obscure vintage computer game, obviously.

Can Tom bring his shop into the 21st Century (or even the 90s, that'd be a start) enough to drum up business? Or will he ignore the bigger picture and instead obsess over winning a poorly-thought-out gaming tournament? Maybe it's both! You'll have to reach the end of level boss to find out...

‘Bad Bat have established themselves as seriously hot talent in sci-fi comedy.’ – Views from the Gods 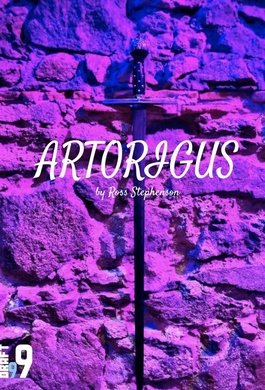 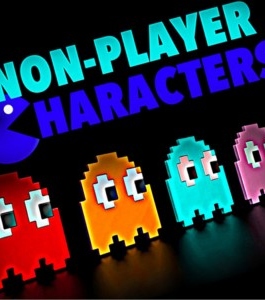