Iona Fyfe and her band perform a live set for Hands Up for Trad Music Club live straight to your living room!

This performance is part of the Scots Language Awards. Find out more about the event here.

Aberdeenshire folksinger, Iona Fyfe, has become one of Scotland’s finest young ballad singers, rooted deeply in the singing traditions of the North East of Scotland. Winner of Scots Singer of the Year at the MG ALBA Scots Trad Music Awards 2018, Iona has been described as “one of the best Scotland has to offer.” (Global-Music.de) With a number of high profile appearances under her belt, Iona, a mere 22 years of age, has toured throughout the UK, Poland, France, Germany, Austria, Italy, Switzerland, Czech Republic, Canada and Australia. Iona has performed with the BBC Scottish Symphony Orchestra as part of the World Premiere of Disney Pixar’s Brave in Concert at Glasgow Royal Concert Hall. Released in 2019, Dark Turn of Mind is Iona’s first EP entirely in English and features six ballads and songs found in both Appalachia and Aberdeenshire and has been described as “a new interpretation to the country genre” – Maverick. In 2020, Iona performed as an Official Showcase Artist at Folk Alliance International held in New Orleans.

Iona studied at the prestigious Royal Conservatoire of Scotland and graduated with a first class honours degree in Traditional Music and holds an FLCM in Traditional Voice from London College of Music. A sell-out show at Edinburgh Fringe Festival for two consecutive years, Iona was a finalist in the BBC Radio Scotland Young Traditional Musician of the Year and won the Molloy Award at Birmingham Irish Trad Fest. In 2018, Iona performed at Interceltique Festival De Lorient where she was described as “a Scottish folksinger, magical and charismatic” (Rolling Stone, France). She was nominated for “One to Watch” and “Best Live Performance” at the Sunday Herald Scottish Culture Awards 2018.

Iona’s debut album Away From My Window was held to critical acclaim and received nationwide airplay on programmes such as BBC Radio 2 The Folk Show with Mark Radcliffe, BBC Radio Scotland’s Travelling Folk, Take The Floor and BBC Radio Nan Gaidheal. An exploration of her unique style and songwriting voice, Away From My Window features archive material of singers such as Stanley Robertson and Lizzie Higgins whilst drawing on the work of more recent songmakers such as Michael Marra and Aidan Moffat (Arab Strap). Produced by Jani Lang, of Dallahan, Away From My Window features a stellar folk line-up of musicians such as Luc McNally (Dosca), Tim Edey (Tim Edey Trio), Charlie Grey (Charlie Grey and Joseph Peach), Simon Gall (Salsa Celtica), David Foley (RURA), Graham Rorie (Gnoss), Charlie Stewart, and Ross Miller. “Away From My Window” was premiered at a sold out Celtic Connections performance featuring a larger musical ensemble and live on-stage sampling of source singers.

Iona has joined London-based organisation, City Music Foundation as one of their 2019 CMF Artists. She is also working with Live Music Now Scotland to bring live music to audiences across Scotland. Iona serves as a committee member on The Musicians’ Union Scotland and NI Regional Committee. Iona is a National Director of the Traditional Music and Song Association of Scotland.

“Describing Iona Fyfe as a Scottish folksinger is probably doing her an injustice, as the versatility displayed on her new, EP release, Dark Turn of Mind, reflects her grasp and understanding of jazz, Americana and much more.” – RnR Magazine

“Poignant and well delivered. Singing well within herself, Iona’s voice, at times reminiscent of Cara Dillon, is well suited to the ballads recorded on this album.” – Scottish Field 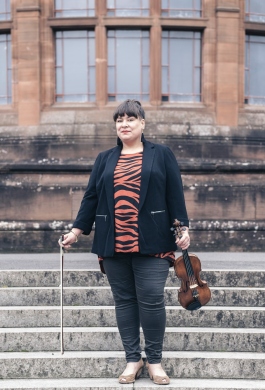 Hands Up for Trad Strathspey and Reel Society 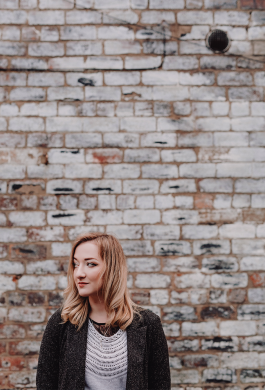